It was a dark and sunny day today and I was like a good friend of mine. Breach knowledge. Break the teeth, break through her teeth, crushed with tools of torture—through group participation, the damaging of humanity seems more acceptable. It happened yesterday. Art for education, to process a thought; art for the audience, art for entertainment. A drum beats for me, it gets louder every day…the cadence tells me that soon, I’ll meet my judgement day…my judgement day…my judgement day (Megadeth 1999). one is there to catch you when you fall, even if no-one fails to. You can sort of lean on yourself, the long term implications are quite interesting. Do you want a short sentence, or a long sentence? Okay, perhaps I can handle that.

Sorry this week is late…a day late a dollar short!

Anyway, this was a constraint-based project from my Creative Writing course. The writing was more like over fifteen or so days, but the point is that no more than one sentence was written per day.

And the end I touched it up a bit, and rearranged a few but otherwise, this is the result. Kind of an interesting project.

It was a dark and sunny day… a play on an iconic, cliched opening line. Apparently “It was a dark and stormy night” was made famous by a Bulwer Lytton in 1830. There’s also an inherent redundancy—if it’s night, that implies by default that it’s dark. Night is dark. My version of the line was made by using the auto-suggest feature on my phone’s keyboard.

Break the teeth… This somewhat graphic line refers to Alexandre Dirge. I recently wrote a short story regarding her. I think it’s pretty well done, you can check it out here.

…(Megadeth 1999). This is a line from “Wanderlust” by Megadeth. It’s a pretty chill song, despite the band; worth checking out.

Do you want a short sentence, or a long sentence? This is a fun line due to the nature of the project being based around sentences. The other thing is that this is an obscure reference to the children’s novel, The Phantom Tollbooth. There it was being used as a pun for both grammatic sentences, and court sentences. 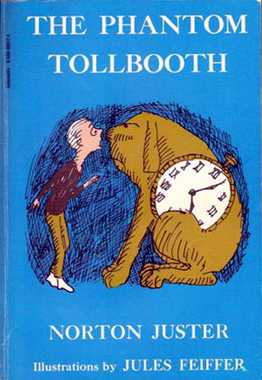