“No, you listen, we should not be here! It is an ill omen, this mist!” The man whispered, shouting almost.

“You tell me we should go back, and then you have the gaul to speak of omens?” The woman replied, quite calmly. “Omens cull the meek and annihilate the weak. There is no omen that the Spirit could not for you give an more correct answer.”

“Inquire within, fool,” she mumbled.

Crystal Jealousy didn’t mind the man’s attitude, not any more. They had not been on good terms for many weeks. She knew his nature very well by now, and so she simply led the giant, wrinkled bulldog along, with it’s passenger. She knew where they were going, thus it was appropriate that she led. It was also good that the man, Illinois, was on a mount. He would be less likely to leave if his sloth was so enticed. Weakness.

“Crystal! Look!” He shouted, a shriek of fright.

Crystal Jealousy had to pull her hair behind her ears. Usually, she let her crowen locks fall into her face, but there were times when vision was important. She pulled her, tangled eyelashes straight, then itched her upturned nose with shined and fair-skinned hand. Something about lashes so long that they clumped together when one blinked; Jealousy found it both frustrating and interesting.

They were surrounded by knee-high, overgrown grass. Ferns and saplings were beginning to cover the long-abandoned path. Beyond the grass was dense forest, the sort of wood that blocked much of the sunlight; not that there was sun right now. Everything was grey; grey and wet. Her cloak, one of the many layers of brown and black clothing she wore, was soaked at the brim, weighing her down.

Jealousy rubbed water into her eyes with her thumb and finger and then blinked.

When she opened again, she was in a different location. This always happened to her. She knew that her associate would be in good, albeit younger and stupider hands.

She had left her body behind and it was now inhabited by a slightly different consciousness. The woman in Jealousy’s body snapped her head around to look at Illinois.

“Oh, I’m still with you am I?” She spat the words, and then spat at the ground.

“Oh no!” Illinois whined. “Not again!” Why did she have to get mad at him like this? He moaned on the mount, wriggling, but too lazy to get off and leave. Always too lazy to leave.

But Jealousy knew what she was doing. She had written about what had happened here. She knew what to do. She walked the man and his dog until they arrived at an intersection, and then she turned her head to face the path that met theirs. It was built from right to left. She knew this, but the information seemed unimportant.

Crystal saw the figures approaching, finally. This was what Illinois must have been complaining about, this alternate pair that came to them in the myst.

“You stupid man! This is the whole reason that she, that I came here! Quiet your moans, you fool!”

She knew that she would not have a chance to actually speak the oncoming duo, but she knew this encounter well enough that she knew that it didn’t matter. She would know what happened here in great detail in coming years.

“You would do well to stay quiet. You are not long for this…” She stopped and blinked, rubbing at her eyes again.

Jealousy was taken back to her body. She hadn’t known that the other consciousness had been talking, so she didn’t finish its sentence.

Instead, she realized what was going on; a distant chiasm that was closing before her. “Here they come.”

And to Illinois’s horror, Jealousy waved. One of the figures; the shorter, brighter one; waved back.

Within a minute, the pair was close enough that their features were visible. The taller one was very tall. He had a black mess on his head that Illinois assumed was hair. His skin was tanned, and he wore a dark grey jumpsuit, made darker in the damp. The woman was much shorter, and also wore the grey suit, although her top half was tied off at the waist. Her undershirt shone bright in the mist.

As she got closer, it was clear that there must be some relation between her and the woman.

“A… A spectre! A ghastly white image!” Illinois cried.

The upturned nose and waved hair made it clear. But it was as Illinois had said, this woman had white-blonde hair, and altogether lighter features. The effect made her look like an apparition hovering out of the evaporate.

“Oi! Who’s that then?” The woman shouted.

“What’s all this mess? Is that you Jealousy?” Janna was surprised, “Not dead after all, huh.”

Jealousy shook her head, “It is good that we met up like this. You need my help.”

“No no, she’s probably right. Never known Jealousy to be wrong.” Janna told him.

“I thought you only had two sisters.”

“That’s Illinois, my fiancée. But not for very much longer.” Jealousy told them.

“No, rather, dear, I’m finished with you. Goodbye.” And then she let go of the reins. The pale white dog stared at her, panting calmly.

Illinois straightened up, “Quite right! You were far too much of a hassle anyway! I thought it was worth it, all these years, but now I know! Now I understand!”

He glanced at Janna’s soaked form, her white shirt semi-transparent. Janna stared back at him. She winked, smiling deviously, falsely shivering a little.

“They say you people are mad, the Solune Royalty! I heard,” He hissed, “That one of you actually attacked the police in the city! And I mean the entire police corps! Started a riot, set the place into shambles!”

“You! You… you are despicable! Your insane kinsman, Crystal here!” He shot a finger at Jealousy, “And now you, so shameless! The Rhye family name is not worth the effort I’ve put into trying to acquiring it!”

“Sooth sooth! And yet,” Jealousy said softly, laughing, “You have been deemed unworthy by those you despise so suddenly! Oh my! May God forgive thee!”

“Yeah man, piss off, right?” Janna took her undershirt off and whipped it at him.

The cold, wet tanktop slapped Illinois in the neck, and then Crystal muttered something to the dog. The giant creature barked, alerting all manner of chaos in the woods around them, and lumbered back down the path, carrying the man off with it.

“Shame,” Janna said, “He seemed like a great target. The kind of guy that gets offended at everything? Would have loved to tease him a bit.”

“Well, no real loss. He took care of me when I had that illness. Did I tell you about that?” Jealousy spoke, and then blinked harder than was necessary.

“You thing the beasts of the forest will eat him?” Mumbled the tall man.

“I hope so. Is he gone yet?” Crystal said, suddenly angry.

“What? Yeah.” Janna said. “And, I think he’ll be fine. That mount of his was far larger than anything that lives in this shallow a wood.”

Janna was not confused by the sudden change in her sister’s countenance, but the man was.

“Right. What was I saying?” Crystal snapped.

“Right!” She caught herself. She had been doing something far more relaxing elsewhere just moments ago, and she was troubled to continue a line of conversation she would not start for some time. “He was a bit of a help, truly. Perhaps he saved my life, so patient of a man, thought I doubt it. But slowly we realized that we were not a good long-term match. The fool kept me around because of my blood. That is how the Lussa aristocracy are you know. Much different than the Solune back home.”

She rubbed her eyes again.

“Ah, did I explain about the illness just then?” Jealousy asked.

Jealously promptly vomited to her right. “Okay good.” She coughed.

They set up a camp at the crossroads. It seemed that Janna liked to carry a dry board in her rucksack for times like this, so starting a fire was easy.

“Remind me to get another one, eh Drake?”

They sat around the flames. The light made Jealousy’s sickly features more apparent.

“It’s not good for me to switch twice in one day. I should be okay with a little rest.”

The flames started to burn Janna’s bare skin. She pull her jumpsuit’s top half over her torso and zipped it closed.

“Yeah, I know. You said you were going to help us?” Janna asked.

“Of course. You will find my abilities very helpful, I’m sure.”

Drake finally asked, “What was all that? Issues? Janna always said you were a little odd.”

Janna gave him an unfriendly look.

“A little odd? Only that? She did not tell you the nature of my problems?” Drake shook his head and she frowned in response. “Oh my.”

However, Crystal Jealousy Rhye sang her next words with uncanny joy. “Allow me to explain!”

Edit: (in 2020, nearly 3 years after the original publishing.) I think at the time I intended to write a second part. It never ended up happening. In case you’re still confused, here is a brief explanation about what’s going on with Jealousy.

(If you want to try to figure it out yourself, don’t read the following paragraph.)

Crystal Jealousy, at least in this story, occasionally switches consciousnesses…with her future self. It’s a cool concept, although I’m not sure if I executed it to its fullest potential here. Perhaps I’ll have to return to this in the future. 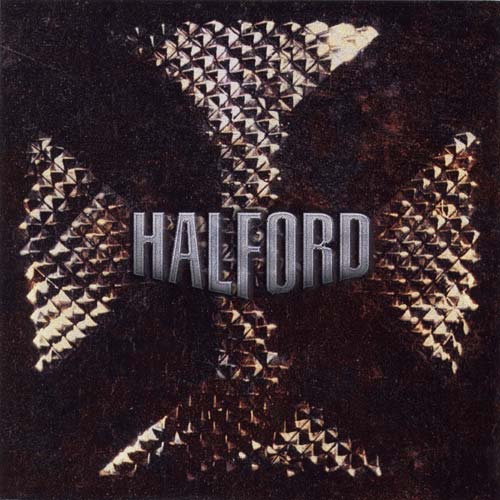 I don’t write much about Crystal, although I have a story swimming about in my head for her. Truly, her narratives seem to prefer to be open-ended and chaotic and wet. She brings water and misery wherever she goes, an archetype in some sense. Hope to see her again some time.

P.S. Check out Crystal by Halford, which of course was the inspiration for Crystal Jealousy Rhye.

P.P.S. Anyone interested in knowing more about the timeline, read on. This story takes place in the time after The Solune Prince but before The (yet unwritten) Epic of Däwngale. Janna is still searching for Venus and Zealott, and Crystal Jealousy intends to use her “abilities” to aid the hunt.

Not sure how it works out. Follow me and perhaps we can figure it out together in a few years.

See Also, The Hero and the Star