Musings on Gender and Characters

This is adapted from a reply to a reddit thread: “Male writers, what annoys you the most about women making male characters?”

I think most people agree that there isn’t really a problem with how women and men are written either way. Psychologically, the statistics show that the average man and the average woman are very similar. This is no surprise, as we have to get along for biological reasons at the very least. 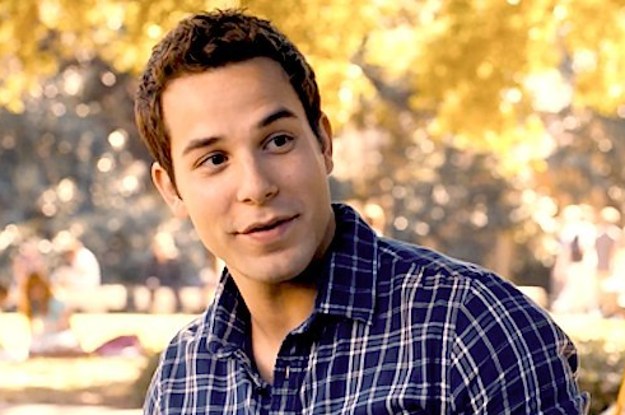 Had to look up his name. It’s Jesse. Nice guy, but is that enough?

However, something I notice more in movies and shows written by women (or anyone, I’m not really sure who’s writing in those contexts) for women, is that the men can be toothless. Take the guy from the rightfully popular Pitch Perfect. If a man came and challenged him, would he stand up for himself? Would he stand up for what’s-her-face? I don’t know, but I can’t definitively say yes. Antagonists and “bad boys”, of course, don’t have this problem. (I like Pitch Perfect though, but I feel like Aubrey has more spine then this dude.)

My personal process has always been like this: To start, I used to write a person first and think about gender later. That’s how we grow up after all, before puberty not many little kids give a damn what they are, not really. I think I cared about my age more than my gender. As my writing developed, this point turned out not to be enough. Little known fact, women are not just feminine men! Wow! Took my brain a little while to figure that one out. (To all my masculine female characters, you are remembered, and you will live on.)

Yaska Rheya May Däwngale is more masculine than feminine… and I don’t really care.

Second, I had to figure out where masculine and feminine motivation differ. The feminine side (not necessarily the “woman”) is, according to literary archetypes, looking for someone that wants to become better, and then helping them do that. Beauty and the Beast is a decent example of what has come to be known as “the female hero archetype.” By my criteria, good fathers and good leaders have also embedded this aspect, so it isn’t just women.

Masculine motivation in the literary landscape is usually presented as the “hero’s journey.” Going out into the world, fighting a fear (dragon), and getting valuable experience (gold) in the process. It’s about going out, facing fears, and learning. Then, of course, he brings his gold and knowledge back to the community, or his family. That’s your stereotypical 60s “working man” right there. And, as before, obviously women need to face fears and learn too.

In ancient myths, it seems, the external and exploratory world was portrayed as masculine, and the domestic, and internal worlds as feminine. You can argue about that, but I didn’t write ancient myths, so I don’t much care. It’s cool to see that these two can quite easily intertwine though. Going out into the world, but need to improve as an individual? Doing some introspection, and you remember something you did that you can’t explain? Everyone needs to embed a bit of both, even your written characters.

Third is, physical issues. Writing women has been a long process of exploration and discovery for me. Women’s lives are more complicated than men’s; I don’t think it’s going too far to make such a statement. Take, for example, the current issue I’m exploring; what the hell is a career-oriented woman supposed to do if she want’s a child? What? What would you tell her? Seriously. There’s no good answer to this. If there is, I don’t know it, and that’s why I write. To find out.

Oh, actually, Camille Paglia has an answer. Hack the system, have children while you’re in university. You can imagine how fun that is, and how many semesters you’ll be taking off. But it’s a functional solution, It’s been done, my mother did it. It’s great because it leaves your later career free and open.

Janna Rhye, Fifth Prince of the Solune, Heir to the Solune Throne.

Finally, if the Five Factor Mode of personality are to be taken seriously (it’s what is used in psychology right now, so the answer to that is yes), then there are slight differences between men and women. Women are, on average, higher in neuroticism and agreeableness; so inversely, men tend to score lower in those two areas (Chapman). Openness and extroversion are generally the same (Chapman), and average IQ is identical across genders (no source, feel free to look it up).

As a male writer, I’ve come to the point where I can write better female characters than male characters. I don’t know what to do about that really. The solution to writing any gender, even your own, is to explore and research. The internet is free. Libraries will often take you deeper than the internet, especially academic ones. There’s no excuse for a hard working writer not to write a good character. In the mean time, I need to develop my males.