Notes and Plans on Alice and Finch

There are two pieces of information that I want to add to the Alice and Finch story. They don’t really warrant a third part, so I’m thinking it’ll likely end up as a prologue and epilogue, but maybe both in one piece. I also plan on doing a hard edit of all three parts and re-releasing it as one large blog post.

As for timing, expect both next week some time. In the mean time, I’ll be releasing other stuff as usual. Not really sure what at the moment, but we’ll find out tomorrow.

Tomorrow will be difficult, as I’m making a road trip south, and of course I work. So, it may be a shorter piece, but I really aim to make a release even on my harder days.

P.S. on the featured image.

This sketch is now one of Alice’s mother, Inck. You can check her story out in the prologue. 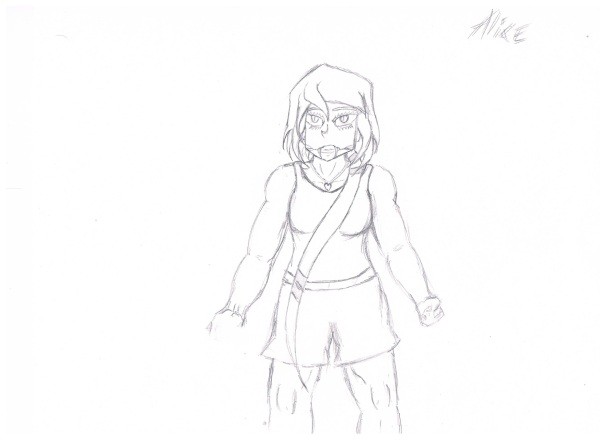 I don’t really like the face, and I’m going to have redraw her a few times before I get the look I want. If anyone is interested in my art, you can check it out on the DeviantArt (or my secondary account, www.tehufn.deviantart.com.)

Also, I know the legs are really awful.

One comment on “Notes and Plans on Alice and Finch”